The Basque coach will use the Ligue 1 fixture as an opportunity to rest key players and use peripheral squad members ahead if the Real Madrid game.

Unai Emery's focus is very much centred on Tuesday's Champions League second league at Parc des Princes against Real Madrid with the Basque coach taking avail of this weekend's Ligue 1 match as an opportunity to rest key players such as Cavani, Verratti, Pastore, Marquinhos and Mbappé but has surprised many by giving a first team call-up to Timothy Weah, the son of the legendary PSG, Milan etc. player and now currently the president of his native Liberia.

Emery had hinted that he would use the game against relegation threatened Troyes as a chance to give younger players a chance to make their mark with the first team with the Parisian outfit holding a comfortable 14 point cushion at the top of the table.

18-year-old Weah is the surprise inclusion on the squad for the trip to Troyes after the teenager showing signs of quality in the PSG U-19 side. The player recently penned a full professional contract with the French giants back in July 2017. 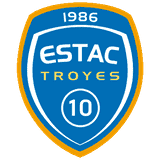