Di María proving to be PSG angel in absence of Neymar

Di María proving to be PSG angel in absence of Neymar

The Argentine scored once again, his 13th since the turn of the year, to ensure Ligue 1 victory over Troyes, a timely reminder to Real Madrid ahead of Champions League decider.

Angel Di Maria kept up his irresistible form as a Paris Saint-Germain side missing Neymar, Edinson Cavani and Kylian Mbappe defeated Troyes 2-0 ahead of their Champions League showdown with Real Madrid.

On form Di Maria could be PSG key

The Argentine notched his 13th goal in 14 starts this year during Saturday's visit to the Stade de l'Aube, which coincided with Neymar successfully undergoing an operation to repair a broken bone in his right foot.

Academy product Christopher Nkunku marked his first start of the season with his first goal this term 13 minutes from time to complete a victory that left PSG 14 points clear of defending champions Monaco at the top of Ligue 1.

"Ahead of a big match and after (league and French Cup wins over) Marseille, I'm very happy because we kept up our level of play," PSG coach Unai Emery said.

"I want the players to be ready (against Real). The players all want to play and that makes the decision tougher for me, but it's better like that."

With a 3-1 deficit to overcome in the second leg of their last-16 tie against Real on Tuesday, Emery refused to risk Cavani while Mbappe stayed in Paris to continue treatment on an ankle injury sustained against Marseille in midweek.

Marco Verratti was also rested for Saturday's trip, as Di Maria again took full advantage of the opportunity presented to several members of PSG's expensively assembled squad in the wake of Neymar's injury.

Di Maria himself was feted as the player to turn PSG into genuine Champions League contenders when he signed from Manchester United for 63 million euros ($78 million) in 2015, and the 30-year-old has arguably been their best performer of late.

"Angel is an important player who has the quality to make the difference," Emery said. "He's got both the confidence and the desire. We want the players to be at their best level on Tuesday, and for some like Angel, it will be a special moment."

Troyes goalkeeper Erwin Zelazny produced a series of saves to deny Di Maria, and then Giovani Lo Celso twice in the first half, but the home goal was breached after a defensive lapse on 47 minutes.

A poor clearance followed by further miscommunication in the Troyes backline gifted Julian Draxler the opening to slide in Di Maria and the Argentine masterfully dinked the ball over an advancing Zelazny.

Twenty-year-old Nkunku sealed the win on 77 minutes, picking out the far corner of the net after gathering a threaded pass from Dani Alves as the linesman's flag controversially stayed down.

Troyes boss Jean-Louis Garcia and his assistant were both ordered to the stands after protesting the decision to allow the goal, with replays indicating Nkunku had strayed marginally offside.

Emery then handed a first-team debut to Timothy Weah, as the son of former PSG star, and current Liberian president, George Weah replaced Lo Celso for the final few minutes.

The 18-year-old US youth international, whose father won the 1995 Ballon d'Or, nearly bagged a debut goal in stoppage time after racing clear of the Troyes defence before being foiled by Zelazny.

Goals from Wahbi Khazri and Ismaila Sarr propelled Rennes up to fifth courtesy of a 2-0 victory at Amiens, while Slovenia forward Robert Beric netted twice for Saint-Etienne in a 2-2 draw with Dijon.

Angers pulled clear of the relegation zone with a 3-0 home win over Guingamp, but Metz remain firmly rooted to the bottom after conceding a late equaliser in a 1-1 draw against fellow strugglers Toulouse.

On Friday, Rony Lopes scored his sixth goal in seven games as Monaco came from behind to beat Bordeaux 2-1 to tighten their grip on second place, with Marseille and Lyon not in action until Sunday. 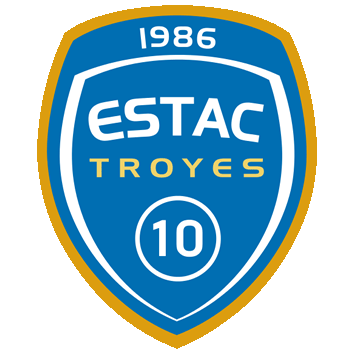