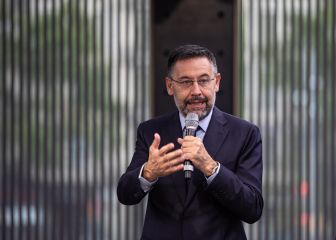 Matías Messi threatened a driver with a firearm in Villa Gesell, Argentina, according to witnesses. The police found marijuana in his car.

Matías Messi, the older brother of Lionel, has been detained in Villa Gesell, Argentina, after he threatened a driver with a firearm after following a car crash, police sources informed on Sunday.

Matías (35) was driving his Land Rover on Avenida de Buenos Aires, Villa Gesell, when he clashed with a Volkswagen Vento close to the "Pueblo Límite" nightclub.

According to witnesses, Mathías Messi "had a heated argument with the other driver and later took out a firearm". The police did not find a firearm in the car, but they did find two half-smoked marijuana joints, reports Rosario 3.

Messi was detained in Police Station 4 in Villa Gesell, before being transferred to the neighbouring city of Pinamar. He is expected to declare in Pinamar in the next few hours. The prosecutor, Pablo Calderón, has initiated legal proceedings against him.

Matías Messi has only recently left preventative detention after being accused of "illegal possession of a firearm" in November 2017, when he crashed a boat close to Rosario on the Paraná River. He had to be towed in by a fisherman, and suffered facial injuries that required surgery. In August 2017, he was involved in a car crash with a lorry.

The day after the 35-year-old was detained, his brother Lionel scored the winning goal as Barcelona beat Atético in a first-v-second clash in LaLiga.