Bustinza breaks his nose, forces it back in to place on the pitch

Bustinza breaks his nose, forces it back in to place on the pitch

Leganés defender Unai Bustinza suffered a broken nose during the LaLiga match against Málaga and took the injury, literally, in to his own hands.

Unai Bustinza suffered a broken nose in the closing stages of Leganés’ 2-0 victory over Málaga on Saturday afternoon, and responded by forcing it back in to its rightful position while still on the Butarque pitch.

Bustinza could be back for Athletic trip

The 26-year-old Basque knocked his nose out of place in a collision with Málaga’s Brown Ideye. He fixed part of it on the turf and then, after being substituted, he moved it all in to place in the dressing room, with the help of the Leganés medical staff. Bustinza will not require surgery, and could be available for the trip to Athletic Club – in his home city of Bilbao – next weekend.

“Bus? He’s brave and he’ll keep on putting up with it,” said Lega coach Asier Garitano, “it would take a lot to stop him training or playing.”

It is not the first time that Bustinza has been in the wars while representing Los Pepineros. The most evocative image came from a match against Mallorca in 2015-16, in which Bustinza suffered a cut to the head but carried on playing – Terry Butcher style – with a bloodied bandage around his head. 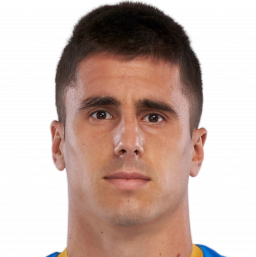