According to German daily Bild, scouts from the Liga club ran the rule over the Germany international during a game against Hertha Berlin.

Atlético Madrid are already starting to look towards 2018-19 and have settled their gaze on Schalke’s Germany international midfielder Max Meyer, who as 22 is already an established player at the Bundesliga club and fits a profile that is attractive to the Liga club, who are attempting to rejuvenate an ageing squad, not least because he will be available on a free transfer.

According to German daily Bild, scouts from Atlético were present at Schalke’s game against Hertha Berlin at the weekend to have a closer look at Meyer, who is out of contract in June with no talks about an extension currently ongoing. Schalke will not be willing to part with another star player after Leon Goretzka agreed to join Bayern Munich at the end of the current season but Meyer is believed to be disenchanted with his current club, who also have not been overly amorous in their desire to hand Meyer another contract. “Two emails are not enough to convince him,” said his agent recently.

Max Meyer: Only Daniel Baier (98) has won possession in the midfield third more times than Meyer (91) in the Bundesliga this season

Meyer has made a few appearances for the Germany senior side and last season was a key player when the under-21s lifted the European Championship trophy, beating Spain in the final. Atlético will face plenty of competition if Meyer decides to leave Schalke with Tottenham, Arsenal and Barcelona all credited with an interest.

Among Meyer’s attractive qualities to Atlético are his ability to operate as either an attacking midfielder or in a more defensive role. 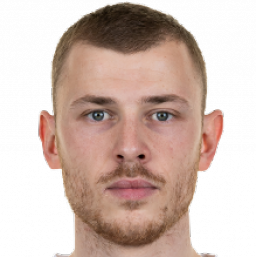 Partey on! Thomas renews with Atletico until 2023