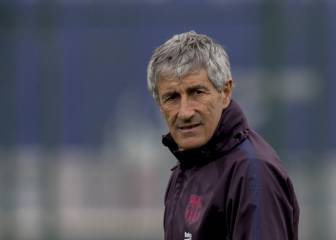 The sportswear giant could be instrumental in financing a percentage of his move as recent Real Madrid and Adidas renegotiation talks stalled.

Nike could be highly instrumental in any potential move involving Neymar Jr. moving from PSG to Real Madrid using the deal as part of their ongoing global strategy. The Brazilian striker alongside Cristiano Ronaldo are key football athletes for the brand and having both at a club wearing the swoosh would be seen in a more than positive manner among the directors of the Oregon based company. Real Madrid's current kit deal is with German based Adidas and runs through to 2020 and is reported to be worth 40 million euro to the Spanish side.

According to a recent Der Spigel article following information secured by Football Leaks, the LaLiga club and Adidas were recently in discussion about renegotiation terms with the Herzogenaurach based company allegedly offering Madrid a ten year term worth 100 million euro per season. The meeting broke down with no resolution having been agreed with the current kit deal term set to expire in 2020.

If Nike were prepared to become implicated in the deal, then it may not be necessary to wait through to 2020 with the termination of kit deals before their expiry date common practice in the game with Chelsea's termination of the Adidas deal being a case in point. In 2016 Chelsea moved to use Nike as their supplier having to pay Adidas a forfeit of 45 million euro for the London club breaking the term of the contract. Italian giants AC Milan also carried out a similar exercise in terminating their Adidas deal early to sign a new supplier contract with Puma.

The ongoing battle between Nike and Adidas for global domination in the sportswear market could be fundamental in seeing the Brazilian striker return to LaLiga. Nike are still smarting from losing the contract of the richest club in the world and one of the most lucrative globally when Premier League outfit Manchester United signed a deal with Adidas in a ten year year term worth just under 95 million euro per year.

Nike currently supply official playing kits for FC Barcelona, Atletico Madrid and Malaga in LaLiga. Their current deal with Barça sees the Catalan club secure an annual sum of 105 million euro but can escalate to as much as 155 based on success on the pitch.