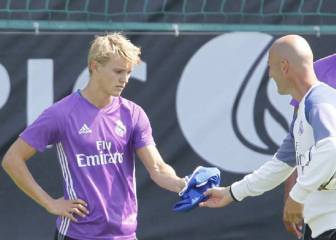 As the Liga enters the final straight the relegation battle is hotting up as is the tussle for the European places. The Oracle has a look and takes a punt.

Never underestimate the ephemeral power of new manager bounce. We did last weekend and were left with huevo on our faces as Levante finally found theirs and scored a first win in 16 attempts under reserve team boss Paco López, overseeing his first 90 minutes as caretaker away at Getafe. The Madrid side hadn't been beaten at home in 10 games and now López has his first home fixture to navigate. The reception is likely to be raucous as that long-awaited win put some considerable daylight between The Frogs and the trap door. Back-to-back top-flight wins for the first time since 2014-15 may be a bit much to ask but López seems to have sorted a leaking defence and the home side could be good value for a point against an Eibar side who don't travel particularly well.

A good old fashioned six-pointer at Riazor carries a simple reward for any victor: cutting the gap to Levante in the final survival spot to two points or one point respectively. Normally these sorts of games scream draw, with neither side being too keen on losing what is not far off a straight duel for their Primera status. Given Depor have scored once in six games under Clarence Seedorf and Las Palmas have hit one in six on the road under Paco Jémez, a cagey 0-0 isn’t entirely out of the question.

Marcelino essentially won the battle for fourth and the Champions League last weekend when he outfoxed Vincenzo Montella at the Sánchez Pizjuán. The Italian's consolation for probable non-participation in next season's competition is that his side are in the quarters this year after dumping Manchester United out in dramatic style. Marcelino can already start planning for his own European tilt in 2018-19 and can keep up the Real Madrid hunt by seeing off Alavés, who have struggled away from home this season and are in a mini-slump of two consecutive defeats for the first time since Abelardo took over.

Real Sociedad are on a solid run of three consecutive home wins, scoring 10 and conceding one. Getafe are without an away win since September and will be smarting from losing at home to Levante last weekend, a result that dealt their slim hopes of qualifying for Europe a significant blow. The home side are without their first-choice keeper, Géronimo Rulli, but they could probably stick Géronimo Stilton in goal and not suffer too much against a side who have mustered more than four shots on goal away from home only once all season.

Betis did their European hopes no harm with a solid away win last weekend while the best Espanyol can really aim for is a top-10 finish and the opportunity for Quique Sánchez Flores to address some serious squad deficiencies this summer, if the brooding Parakeets boss decides to stay. Espanyol did enough to see off Real Sociedad last weekend and they sit eighth in a table based on home form. Beyond Cornellà, Sánchez Flores' side dance to a very different tune, winning only once away all season. The visitors are capable of grinding out a draw - they have seven on the road this season - but against a Betis side back in the goals and fully in Europa League contention a home win seems the logical call.

The Cucumber Growers are on a woeful run with just one win in their last eight, and that was against Málaga in Butarque. Sevilla have managed two clean sheets in their last three, which represents a huge improvement, and will be in high spirits after reaching the quarter-finals of the Champions League at the expense of Manchester United. Vincenzo Montella's side have picked off Las Palmas and Málaga in their last two away days but may struggle against a side with a better home defensive record than Real Madrid. Asier Garitano is unlikely to experiment with his compact 4-2-3-1 and unless Wissam Ben Yedder is inspired again - if he even starts - Lega can frustrate their guests in the early kick-off.

Spain's “other” Clásico and the most oft-repeated Copa del Rey final in history has been a little lopsided in recent years, at least in the league: Athletic did score a sensational 5-1 aggregate Super Cup victory in 2015 but back then Aritz Aduriz was belting them in for fun, Iker Muniain was finally starting to make good on his early promise and Iñaki Williams was being courted by half of Europe. The Lions also had Ernesto Valverde at the helm. Since the current Barça boss departed Athletic have been on a downward spiral, culminating in Europa League defeat to Marseille with barely a whimper. The visitors haven't beaten the unbeaten Barça in the league since 2001 and even if they could borrow their old coach for the afternoon that wouldn't be likely to change: Cuco Ziganda is solid and affable enough but no match for his predecessor and a torrid old afternoon awaits the misfiring visitors in Camp Nou despite the absence of Sergio Busquets and Luis Suárez.

The Oxford English Dictionary may have to coin some new adjectives to describe in full colour how awful Málaga have been this season but a side sleepwalking towards Segunda will be welcome cannon fodder for Iago Aspas as he seeks to ensure his seat on the plane to Russia as the highest-scoring Spaniard in Europe. The Anchovies are without a win in 13, have failed to score in six of nine games under poisoned-chalice fan Jose González – including their last three - and the home side are priced at 1/2 almost across the board to pile more misery on the visitors in Balaídos.

The Yellow Submarine tend to win and lose in batches and arrested a slump of one win in six with a 2-0 away win over Las Palmas last weekend. Home defeats to Girona and Alavés highlighted a problem that Javier Calleja is yet to fix: his side peppered the opposition goal in both games but without much accuracy. Against an Atlético side who have conceded only eight outside the Metropolitano all season, Villarreal will have to take their opportunities with a clearer eye. Diego Simeone's side have lost two games in 2017-18, both by a single goal, and are masters at producing that result the other way around on their travels.

Zinedine Zidane sprung a bit of a surprise in Eibar by fielding an XI full of regulars, once again ignoring his summer signings entirely. Even so, it was left to Cristiano Ronaldo to settle things in Ipurua. How Zidane approaches this one will be interesting to see, Girona having beaten his side 2-1 in the return fixture in Montilivi last October. With his Champions League opponents now identified the Real boss has two dress rehearsals before facing Juventus and he will not take the visitors lightly. Expect a strong Madrid side and a hard-fought home win.