The on-loan Chelsea player continues to deliver the goods in Germany and a goal in the 23rd minute ensured another three points, timely after their Europa League exit.

A stunning Michy Batshuayi goal gave Borussia Dortmund a 1-0 win over Hanover on Sunday that strengthened their grip on third place in the Bundesliga.

Dortmund have their Batman

Batshuayi, on loan from Chelsea for the rest of the season, grabbed the only goal with a wonderful piece of individual skill midway through the first half.

And another one ... ⚽️ Could have been more but let's be happy with the 3 points and the goal !! #EchteLiebe 🖤💛 pic.twitter.com/Pfj3I7euTw

Having hit the post after just 35 seconds, Batshuayi had his back to goal when he met Andre Schuerrle's corner at the near post with a backheeled volley that flew into the far corner. It was the Belgian international's sixth goal in seven Bundesliga games for Dortmund after spending the first half of the season stuck on the bench at Chelsea.

"I saw the path to the goal wasn't clear, but there was just a small gap and luckily it came off," Batshuayi told Eurosport.

"We were very physical and mentally very strong. You could see that the team really wanted the three points."

Hanover were denied an 81st-minute equaliser when Julian Korb poked the ball over the line, but the goal was ruled out for offside.

Dortmund winger Maximilian Philipp hit the post just before the final whistle as the hosts tried to stretch their lead.

The victory was a solid response from Dortmund after Thursday's disappointing Europa League last-16 exit at the hands of Austrian side Salzburg.

"After the disappointment of the Europa League, it was a good reaction and I was very much satisfied with many things today," said Dortmund head coach Peter Stoeger, who is unbeaten from his 12 league games in charge.

Cologne dragged themselves off the bottom of the table for the first time since August with a shock 2-0 win at home over 10-man Bayer Leverkusen.

Japan striker Yuya Osako gave Cologne the lead after only nine minutes when his shot bobbled under goalkeeper Bernd Leno. Then an intervention by the video assistant referee (VAR) saw Leverkusen striker Lucas Alario sent off on 33 minutes. In an off-the-ball incident, the Argentinian lashed out with his elbow at his marker Dominic Maroh and after a VAR review, Alario was shown a straight red.

Leverkusen, who dropped to fifth after the defeat, pushed for an equaliser, but the game was put beyond their reach by another mistake.

An attempted header back to Leno by Charles Aranguiz was intercepted by Cologne's Simon Zoller, who lobbed the ball into the empty net with 21 minutes left.

Cologne are now just five points from safety, leaving Hamburg, who lost 2-1 at home to Hertha Berlin on Saturday, bottom of the table. 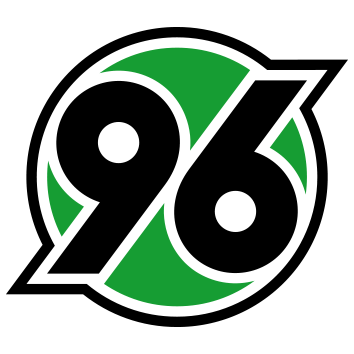