Juventus' Chiellini out for Italy and can prepare for Madrid 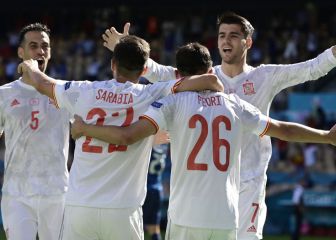 Juventus' Chiellini out for Italy and can prepare for Madrid

With just over two weeks until the Champions League quarter final first leg, Giorgio Chiellini is being replaced in his national team squad after being injured with his club.

On Sunday, Italy coach Luigi Di Biagio called up West Ham defender Angelo Ogbonna to his recently named squad for the upcoming friendlies against Argentina and England. This will allow Juventus' Giorgio Chiellini to recover fully in time for the Champions League quarter final against Real Madrid.

Chiellini was taken off during the Serie A match between Juventus and SPAL on Saturday due to a muscular problem. The game ended goalless which gives Napoli the chance to close the gap at the top to just two points.

At the post-match press conference Juventus coach Massimiliano Allegri had already anticipated that Chiellini, an important defender for him, would most likely stay in Turin to recover and would not be going with the Italian national team to England. The key is to have him fully fit for the visit of Cristiano, Bale, Asensio and the rest on 3 April.

Italy look to prepare the side ahead of this summer's World Cup with a game against Argentina on 23 March at Old Trafford stadium in Manchester followed by England at Wembley stadium in London on the 27th.