Icardi: "Spain and Italy tried to get me but I wanted Argentina" 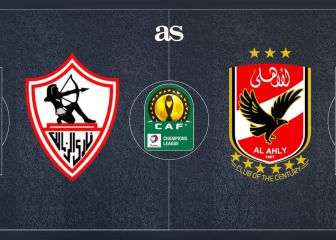 Icardi: "Spain and Italy tried to get me but I wanted Argentina"

The Inter striker and Real Madrid target revealed in an interview with Rivista Undici that he could have represented either La Roja or the Azzurri.

Inter Milan captain Mauro Icardi has revealed in an interview with Italian football magazine Rivista Undici that both Spain and Italy attempted to cap him at international level before he made his debut for Argentina.

“I had the option to play for Italy. I got a call-up for the under-21s and I had to fight with Sampdoria because I didn’t want to go, I wanted to play for Argentina,” said the 25-year-old, who made his first appearance for the Albiceleste in 2013 but has struggled to hold down a regular place in the squad.

“Spain also tried, they called my father, but I always wanted to play for Argentina. I managed to get there; it hasn’t been easy but I achieved my goal.”

Icardi, who was born in Rosario to but grew up in Spain and holds an Italian passport, was signed by Barcelona at 15 years of age but left Camp Noo to join Sampdoria in 2011, where he made his Serie A debut in 2012.

“I decided to go to Italy because I felt certain that I would do better there than in Spain. At Barcelona at that time it wasn’t easy. In Italy I immediately had the opportunity to play at the top level and that was my objective,” the Inter captain said.

The striker eventually moved to Inter Milan in 2013 and last weekend reached the 100-goal mark for the Nerazzurri, scoring four against his former club Sampdoria to take his tally to 103.

Despite interest from Real Madrid among other clubs, Icardi said he was happy at Inter and in Milan.

“I can see myself at Inter when I’m 30, I hope to have a long career here. I want to win titles in the Inter shirt; this club hasn’t won anything for too long.”

Icardi also said that he hopes to play alongside Leo Messi one day: “I think that playing alongside the best in the world at Inter, and obviously I’m talking about Messi, would be a dream but he is a symbol at Barcelona and I think it’s probably impossible.”