The Manchester City midfielder has not joined up with the Les Éléphants squad in France for friendlies against Togo and Moldova and his whereabouts are unknown.

The Ivory Coast national team have sent out a search party for Manchester City midfielder Yaya Touré, who has failed to report for international duty with Les Éléphants at their base in Beauvais in northern France ahead of friendly matches against Togo and Moldova on March 24 and 27.

“All of the players based in Europe are now present in Beauvais, except Manchester City’s Yaya Touré. The Ivory Coast technical staff have received no indication of the whereabouts of the captain of the side that won the 2015 Africa Cup of Nations,” the Ivory Coast Football Federation said in a statement on their official website.

Touré had been called up to the Ivory Coast squad for the first time in three years after he announced his retirement from international duty after that Cup of Nations victory in 2015. However, the 34-year-old reversed his decision in December 2017. 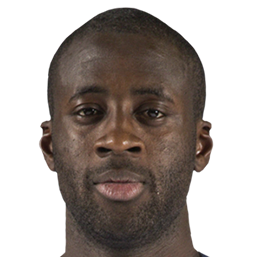