Carvajal and Sarabia social media team mix up on Twitter

Carvajal and Sarabia social media team mix up on Twitter

In the build-up to Sevilla-Bayern Munich and Juventus-Real Madrid, some familiar words of encouragement were posted on the accounts of both players.

It was the first night of the Champions League quarter finals and tensions were elevated as two Spanish clubs aimed to take their first step to the penultimate round. Sevilla welcomed Bayern Munich to the Ramón Sánchez Pizjuán Stadium, while Real Madrid travelled to Turin to face Juventus.

Social media can be a challenge

These days social media is a key part of any professional footballer's image control and often, especially when the star is tied up in match preparations, someone else is looking after their official accounts. And a couple of hours before kick off in both games, it seemed as though there had been a bit of miscommunication between those in charge, quite possibly the same team.

Dani Carvajal started in his usual berth against Juventus, but his Twitter account suggested that he was maybe taking to the field against Bayern Munich.

Shortly after, the exact same tweet, more appropriately, appeared on the account of Sevilla player Pablo Sarabia. And the one for Carvajal removed.

Champions League nights can be hectic and pressured for those out on the pitch, and also those left with the social media responsibilities. 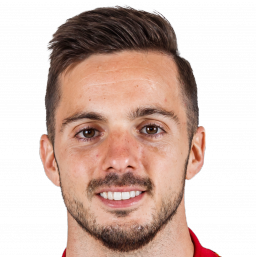