Sounding the alarms at Anfield: Salah off injured against City 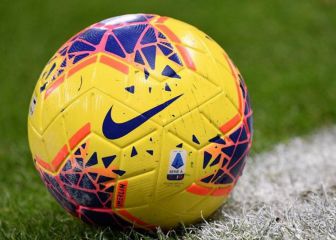 Sounding the alarms at Anfield: Salah off injured against City

The good news about the injury was that the Egyptian sensation left the field of play walking, when he was replaced in the second half by Wijnaldum.

It was a wonderful night for Liverpool FC as they won the first leg of their Champions League tie with Manchester City 3-0, but they were dealt one piece of unwelcomed news. This season's sensation, Mohamed Salah left the field injured.

All eyes on Salah injury

Already three goals ahead by half-time in the quarter final at Anfield, Liverpool came out after the break to maintain their clean sheet. And for much of the second period they were without the ball and defending deep. On minute 52, manager Jürgen Klopp, and everyone associated with the Merseyside club held their breath as they saw their Egyptian star lying on the floor holding his leg.

Another magnificent European night at Anfield. 🙌

Let’s make sure we finish the job in Manchester. 🔴 pic.twitter.com/Tm2DdWaRvJ

After a quick evaluation on the pitch from the medic, the decision was made to walk him off and he was replaced by Georginio Wijnaldum. The players dug in and held on for an impressive victory against the side that is on the verge of clinching the Premier League title long before the season has concluded.

Fans will now have to wait for confirmation of the injury and likely recovery period following further tests. With a game against local rivals Everton on Saturday and then the return leg in Manchester on Tuesday, he doesn't have much time to rest.

De Bruyne votes for Salah as PFA Player of the Year