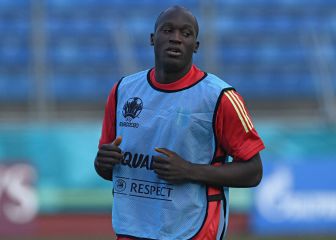 The former Bernabeu coach offered his observations on the Madrid derby on Spanish radio and was not exaclty full of praise for the Wales forward.

Former Real Madrid coach and sporting director Jorge Valdano is a regular commentator on Spanish radio network Onda Cero and offered his analysis of the Madrid derby after Sunday’s game during which he questioned the fee paid for Gareth Bale when the Wales forward arrive at the Bernabéu from Spurs in 2013.

“Nothing Bale does is worth 100 million euros, and that’s the price tag he carries around on his shirt,” the Argentinean said of the winger, who provided the assist for Cristiano Ronaldo’s goal in the 1-1 draw with Atlético.

"Griezmann is the best striker and cheap in today's market" - Valdano

Speaking about the Portuguese, whose volleyed effort opened the scoring, Valdano noted: “[During the derby] Cristiano looked very comfortable physically. He played all across the attack and he is enjoying a great period of confidence. His duel with Leo Messi to be the best player in the world lacks nothing. It’s Real Madrid against Barcelona and Europe against South America. It’s a battle between two geniuses.”

Valdano also spoke about Antoine Griezmann, who he considers to be a bargain signing for any club willing to meet his 100-million-euros release clause: “Griezmann is the best striker, a good midfielder and he contributes a lot in defense. With the market the way it is he is cheap at the price.”