Fornals collapses on the field as fainting issue continues

Fornals collapses on the field as fainting issue continues

After just five minutes of the Liga game against Athletic Bilbao, Fornals collapsed on the floor and was taken to hospital where he underwent tests.

Villarreal midfielder, Pablo Fornals, collapsed on the field on Monday night at the Estadio de la Ceramica and will undergo tests to get to the bottom of a problem that has been plaguing the 22-year-old for some time.

After five minutes of the game against Athletic Bilbao, all eyes turned to the centre of the field where Fornals had fallen as medical services rushed to the side of the player. He got back on his feet and walked to the dressing room before being replaced by Roberto Soriano.

Villarreal said just minutes later that he had suffered a "persyncope without lossing consciousness". A persyncope is described as "a state of lightheadedness, muscular weakness, blurred vision, and feeling faint" and he spent the night in the hospital for observation.

The player himself said that "they have done tests on me and are waiting to see that everything is good." This is not the first time it has happened, however, and Fornals said, "I get dizzy, my vision gets blurry and I wake up on the floor. In Malaga, we didn't pay it any mind and now we have done tests to start ruling things out."

I am calm and have confidence in myself. It has never happened in my daily life. My family are the same and we are in the hands of the doctor and they know that I like football. I want to continue playing football," he continued.

Fornals collapsed in December of last year during a training session. He underwent tests then but no answers or solution have been offered for the problem. 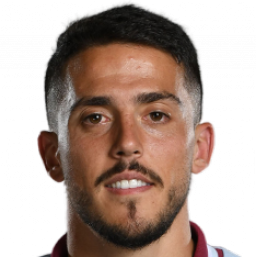