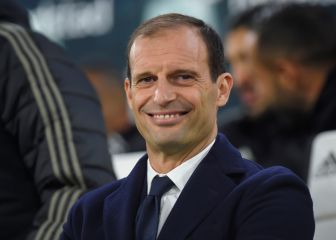 The Zenit midfielder spoke to Radio Montecarlo about Real Madrid's interest in signing him: “I'm not daunted by it. I think I'd be up for the challenge”.

With tonight's Champions League return leg against Juventus and a place in the semi-finals up for grabs, most Real Madrid players have other, more pressing things on their minds rather than worrying about where they might be next season. For some, such as Marcos Llorente, a future far from the Bernabéu awaits, which means that the club will be looking to strengthen the midfield position. One of the names which keeps cropping up is Zenit midfielder Leandro Paredes.

The subject of Madrid's interest in bringing the 23-year-old to Spain this summer, and a reported 35 million euro offer, was confirmed to Clarín by the player's close circle back at the start of the year and has now been verified by Paredes himself. “It means a lot to me to know that Real Madrid and Juventus are keen on signing me”, the Zenit player told Radio Montecarlo.

The Argentinean made it clear that he will think long and hard about where his career might take him: “I try to treat all the transfer rumours as calmly as I can to make sure I don't get distracted. I'll make a decision after the World Cup, but choosing between Juventus and Real Madrid isn't easy, it will be a difficult choice to make. In the meantime, I have to keep working hard so that neither of them lose interest in me”.

The Argentina international, who featured in Jorge Sampaoli's most recent call-up (for the friendlies against Italy and Spain), admitted that the prospect of playing for a side of Madrid's calibre doesn't faze him: “First I would need to have both offers on the table before making any decision. I still young and I would need to think very carefully about it. Real Madrid? I'm not daunted by it. I know I'd be up for the challenge, but there are plenty of other factors which I would also need to study and think about beforehand”.

Paredes is a first choice under Roberto Mancini at Zenit. This season he has played 33 games in which he has scored five goals and created another eight. 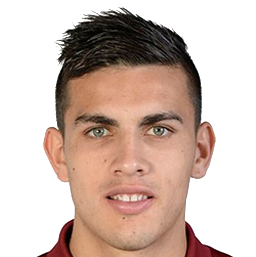 Buffon: "This could be my last Champions League match"