Simeone: "Torres? I don't regret anything; It was me who asked him to come back" 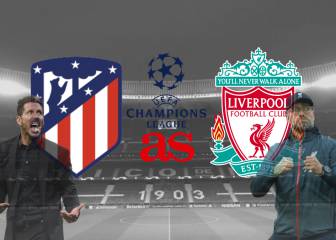 Simeone: "Torres? I don't regret anything; It was me who asked him to come back"

Atlético Madrid's coach went on to add: "I'm sure my position has influenced his decision but it goes without saying he is, annd always will be an Atlético legend".

Diego Simeone faced the media on Wednesday as his team prepare to defend their 2-0 lead in tomorrow's Europa League quarter final against Sporting Clube de Portugal. The coach also spoke about Fernando Torres' announcement that he will be leaving Atlético at the end of the season and his working relationship with the player.

Just six years ago, this competition was a source of inspiration for Atleti. What does it mean to the club today?
It's a tournament which is just as important now as it was six years ago and two years before that, we won it - as I mentioned after we were knocked out of the Champions League. Since then, we have endeavoured to compete to the best of our abilities; we are full of hope, enthusiasm and we will be made to compete by a rival who will be going all out to win the tie, with their people behind them and so we have to try to take the game to a place where we feel most comfortable.

What are your thoughts on Fernando Torres' goodbye?
Fernando was very clear in his explanation and about his own needs. I have great admiration for him, just like every Atleti fan. I'm sure my position has influenced his decision but it goes without saying he is, annd always will be an Atlético legend - a true idol and not just for the trophies he's won for the club - his history goes beyond that. We have something in common which is the will to win and his decision won't change anything that has happened up until now.

Simeone - no regrets about Fernando Torres

Do you regret anything in the way it's all turned out with Torres?

No, nothing, I've got nothing to worry about. My aim has always been to guide Atlético to the best place possible and I know responsibility which that entails. I was responsible for Torres coming back to us, I was the one who did the most to see that happen. But obviously I have played a part in his decision to leave, at least that's how I feel about it. I don't regret anything because I have always made myself very clear - however many mistakes I might make I am always transparent. Whatever he does, whether he wins or not, Fernando is one of Atleti's greatest icons - as I have told him myself when we have chatted.

What do you expect from Sporting tomorrow?
I think they'll be trying a few things to generate chances. They've played a lot of games using the same system: they have changed it in the odd Champions League game and Jorge Jesus is a very capable coach, he'll be looking to find solutions

Has a Sporting player in particular caught your eye?

Torres to leave Atleti at end of season