Zidane, happy but critical: "We suffered and made mistakes..." 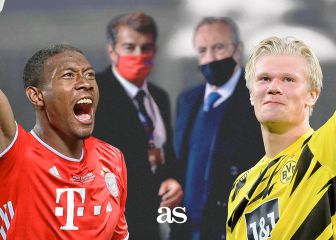 Zidane, happy but critical: "We suffered and made mistakes..."

Real Madrid's coach wasn't sure whether it was a penalty or not and explained why he took off Bale and Casemiro: "Asensio and Lucas gave us more depth".

Zinedine Zidane gave a brief interview in the flash zone to BeIn Sports to give his thoughts on tonight's return leg against Juventus. His team blew a three-goal advantage from last week's first leg in Turin, but managed to book their place in the semi-finals with a Cristiano penalty on 93 minutes.

We deserved to go through - Zidane

Are you reliecved to be through? "Well... I'm happy. Over the full 180 minutes of both legs I think we deserved to go through. It would have been difficult for us not to have scored in this game because we had so many chances but that's football. We put in a great game over there, winning 0-3, and it was the other way around today"

Analysis: "We suffered we we made far too many mistakes - Juventus got their tactics spot on. That was why we made a few changes at the break. It wasn't that Gareth (Bale) and Casemiro were to blame, but Asensio and Lucas gave us a bit more depth, as did Mateo (Kovacic) later in the second half".

Was it a penalty? "They told me it was, it was wasn't it?, and Cristiano never misses".

📸 It went right down to the wire...but we're into the semi-finals!

Bale taken off at half-time with Madrid two goals down