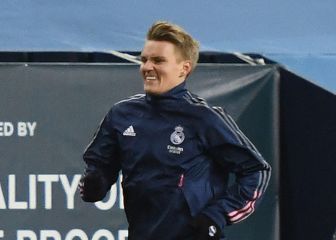 Madrid will exercise their right to buy the player back from Eintracht Frankfurt in the summer for four million euros. Incoming Bayern coach Kovac has given his approval.

Omar Mascarell is on Bayern Munich's wishlist for next season. The midfielder is a key player under Niko Kovac at Eintracht Frankfurt and the coach would be only too pleased to have him in his team in the next stage of his career when he takes the reins at Bayern Munich. For that to happen, Bayern will need to negotiate with Real Madrid, who are expected to trigger the clause in Mascarell's contract to buy him back from Frankfurt for four millioen euros this summer .

In the back rooms at the Bernabéu, club directors are well aware that Mascarell's market value is much higher than the four million euros stipulated in his contract. Several Bundesliga clubs have already enquired about the 25-year-old - among them Bayern, which is why his market price needs to be reviewed.

The final decision on where Mascarell will end up will be made by whoever is in the coaching job at Madrid next season. Many of Madrid's midfielders - Casemiro, Modric, Kroos, Kovacic... will arrive for the pre-season late because of their involvement at the World Cup which suggests that Omar will be part of the Madrid squad for the summer tour. In the friendlies that Madrid will play in July, he will have the opportunity to win over the coach and earn his place in the side.

Bayern are prepared to pay a decent fee for Mascarell, who Kovac feels would be a key reinforcement next season. Madrid however, won't allow one of their direct rivals to snatch one of their most promising young players leave so easily... 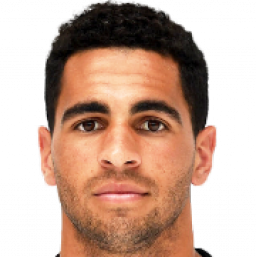