The Liga and Brasileiro giants had been negotiating a loan deal for the 19-year-old striker, but a knee problem has put the brakes on the move.

Brazil under-17 striker Ramón de Araújo Siqueira has had his loan deal to Real Madrid put on hold due to an old knee injury that proved a cause of concern for the club’s doctors, Fluminense confirmed on Thursday.

Both clubs have been in negotiations over the 19-year-old and a deal appeared to have been finalized earlier this month with Ramon due to arrive in June, initially as a member of the Castilla squad. However, the standard medical tests carried out in Madrid this week detected the issue and it was decided to postpone the agreement until further tests are made.

Ramon to return to Brazil for further tests

“Striker Ramon, of the under-20 side who was in negotiations with Real Madrid B, presented a problem (in the left knee, which was operated on in 2016) during a medical examination,” Fluminense said in a statement. “Together with the player’s representatives, both clubs decided Ramon should return to Brazil to be re-evaluated.”

Ramon has been on Madrid’s radar since 2014 and this season has emerged as one of the most promising young players in Brazil, helping Fluminense’s under-20s to the league title and playing a stand-out role at the youth Copa São Paulo 2018 tournament.

According to reports in Brazil, the initial deal was for Ramon to join Castilla on loan until May 2019, when Madrid would have the option to buy him on a permanent deal for a fee of between four and six million euros. 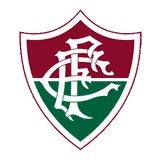