Mohamed Salah, on 30 goals and 60 points, tops the table ahead of Messi, Lewandowski, Icardi and Cavani. Cristiano, on target against Athletic last night, is in 9th place.

After a few weeks of changing places in the overall ranking, Mohamed Salah now tops the table for this season's Golden Shoe on his own. Liverpool's Egyptian forward has scored 30 goals in the Premier League so far this season, putting him on 60 points in the standings.

Salah's header against Bournemouth at the weekend puts him ahead of Leo Messi. The Barcelona ace lies second with one goal and two points less. Messi has not found the net in either of Barça's last two league games, and only played the final 30 minutes of the team's last game, against Celta.

Completing the podium is Bayern Munich's Robert Lewandowski who is on 27 goals and 54 points. The Polish hitman is level with Lazio's Ciro Immobile and just ahead of Tottenham's Harry Kane who has 26 goals.

Sixth and seventh positions are occupied by Inter Milan's Mauro Icardi and PSG's Edinson Cavani, who have both netted 25 times.  In eighth is Benfica's Brazilian forward Jonas, on 33 goals and 49.5 points. While Jonas has found the target more than his peers, his points score is less due to the coefficient corresponding to the Portuguese league with every goal scored worth 1.5 points while those scored in the top divisions in Italy, England, Spain and France are worth two points. 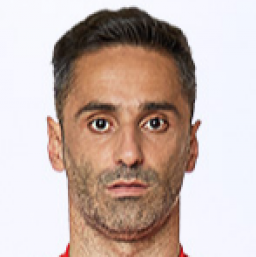 After his backheel against Athletic Club last night, Cristiano Ronaldo is in ninth place with 24 goals and 48 points. And bringing up the rear in tenth is the second Barcelona player in the Top 10, Luis Suárez, who spent Tuesday night on the subs' bench as he is being rested for Saturday's Copa del Rey final.

Salah first to Premier League Player of the Month treble