Zouhair Feddal took to Twitter with a playful swipe at Sevilla as Real Betis' city rivals fell to a heavy defeat to Barcelona.

Real Betis' Zouhair Feddal didn't miss the chance to take the mickey out of Sevilla on Twitter as he watched his club's city rivals suffer a 5-0 Copa del Rey final thrashing at the hands of Barcelona on Saturday night.

"I wasn't expecting such an exciting final..."

"I'll be honest, I wasn't expecting such an exciting final..." quipped Moroccan defender Feddal, whose Betis side currently sit two places and seven points ahead of their neighbours in LaLiga.

Luis Suárez scored a brace and Lionel Messi, Andrés Iniesta and Philippe Coutinho each netted once at the Wanda Metropolitano as Barça condemned Sevilla to the heaviest Copa final defeat since 1980. 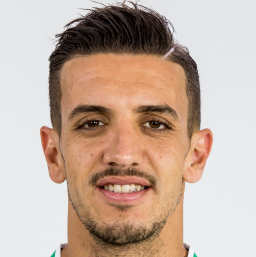