Bale: "It's an honour to be linked with Bayern Munich" 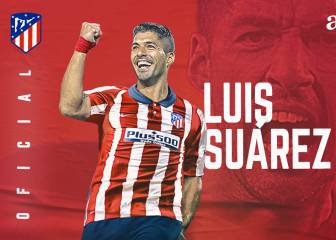 Bale: "It's an honour to be linked with Bayern Munich"

The Welsh player was interviewed in German sports daily Sport Bild and claimed that he enjoys life with Madrid, but would like to play more and score more.

Gareth Bale admitted in an interview with Germany's Sport Bild that he would like more playing time with Real Madrid. He acknowledged that he is naturally ambitious and would like to score more and feature in more games.

Bale moved to Madrid from Spurs in a 2013 move with the Spanish side paying a fee of 101 million euro for his services making the Welsh player one of the most expensive footballers in history. In the interview Bale also speculated about the escalating prices in the game and didn't rule out the day when 500 million euro exchanges hands for a player. "I believe it's possible. Who would have thought ten years ago that a fee of 222 million would be used to secure a player? I have no doubts that the fees will continue to increase and that's the nature of the market.

Real Madrid face Bayern Munich in the first leg of the 2017/18 Champions League semi-final with Polish striker Robert Lewandowski in the ranks of the German side. The striker has been on the wanted list for Real Madrid for sometime now with Bale admitting: "Lewandowski has enough quality to play for Madrid. He's one of the best strikers in the world and always among the goals for club and country. He's a fine player and we'll need to pay special attention to him in both legs".

Bale was also asked about a hypothetical move to the Bavarian side and confirmed: "In football you can never say never. I'm enjoying my football in Madrid and I admit that Bayern have always been one of the best sides in European football. To be linked with this club is an honor for any player but I'm a Real Madrid player" concluded the Welsh international.