Diego Simeone is preparing for the possible departure of goalkeeper Jan Oblak, and Atleti have moved ahead Napoli in the race for the Bayer Leverkusen stopper.

Bernd Leno, one of the highest-rated goalkeepers in the Bundesliga, looks set for a change of scenery and Atlético Madrid are ahead of Napoli in the race to secure his signature.

According to Bild, the Bayer Leverkusen 'keeper is likely to make use of the exit clause in his contract this summer. Leno is under contract until 2020 and could leave for as little as €20 million.

Atlético's incumbent goalkeeper, Jan Oblak, has been heavily linked with a €100m move to PSG and has done little to quash those rumours. If the Slovenian leaves the Wanda Metropolitano, Atlético Madrid appear to have a replacement - and a tidy profit - lined up. 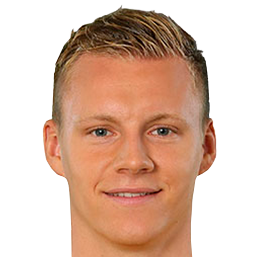