The Bayern Munich pair both limped off in the first half of their 1-2 defeat to Real Madrid in the first leg of the Champions League semi-final.

Jupp Heynckes' plan for the first leg of the Champions League semi-final went up in smoke after six minutes as Arjen Robben limped off the pitch at the Allianz Arena, and Jerome Boateng followed shortly after.

Real Madrid will take a 2-1 lead back to the Spanish capital after Marcelo and Marco Asensio responded to Joshua Kimmich's opening goal.

Robben and Boateng both pull up

34-year-old Robben - plagued by injuries throughout his career - went down nursing his thigh and immediately called for the physio. Bayern's medical staff treated Robben for three minutes, but he was unable to continue and Thiago took his place after eight minutes.

That wasn't the only bad news for Bayern. Half-an-hour in to the match Boating stretched too far in an attempt to beat Marcelo and Toni Kroos to the ball. The centre-half limped off and Niklas Süle entered from the bench.

Robben and Boateng will undergo further tests on Thursday or Friday to determine the severity of their injuries.

The return leg of the semi-final will take place at the Bernabéu on 1 May, and both players are serious doubts. Real Madrid have injury troubles of their own after Dani Carvajal limped off during the second half in Bavaria. 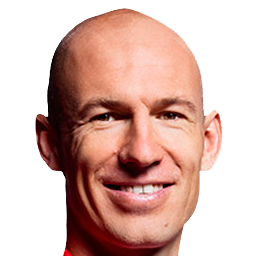