The Arsenal player spoke to AS and admitted. "La Liga is interesting but I've no plans to leave Arsenal as I really enjoy the Premier League".

You've faced plenty of strong teams in the Europa League so how do you see the game against Atlético?

Atlético are a solid team and under Simeone always play with great determination. We've seen the quality of the side in both the Spanish league and their performances in the Champions League. Arsenal are a fine team too, the game will be treated like a final as all games are as all the sides we come across in this competition are very solid.

What's your highlight as an Arsenal player?

My best moment is the time I scored against Barça with Ter Stegen in goal for the Catalan side during a Champions League game. It's no easy feat to put one past Barcelona as they're one of the best teams in world football so netting against them was a special moment.

Would you be interested in a move to LaLiga or are you settled in England?

The Spanish league is an interesting one and the style of play is advanced in both technical and tactical terms with plenty of strong teams. But at present I'm happy at Arsenal and have no plans to leave as I enjoy the Premier League and plan to stay with Arsenal until I'm captain of the side.

Was there a problem with Alexis Sánchez after the tweets when Chile failed to qualify for the World Cup?

Not at all, Alexis Sánchez was a key player for us and now he's with another big Premier League club. Each person has their own ambitions and priorities, that's why he moved and I'm here. My relationship with the team is very good and they're like a second family to me.

What is the main difference between Hector Cúper (Egyptian national coach) and Arsene Wenger?

Both are a great help and the differences lies in their demands from me in a game. The style of football at Arsenal is totally different to that of the national team and I have to adapt to each one. Both coaches are very caring and always show an interest in the player.

How do you see Egypt's rivals at the World Cup?

We're all in with a good chance as I'd say no one team is better than the other in the group with all fours teams having a strong chance of advancing to the round of 16. The best prepared side will be the one who makes it through. We'll certainly be eleven gladiators on the field and aim to go as far as we can. 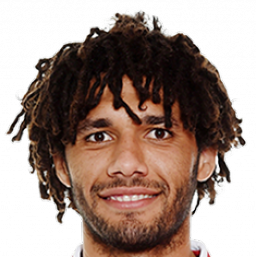