Bayern Munich's Ribéry tells Real Madrid: "The war is not over"

Bayern Munich's Ribéry tells Real Madrid: "The war is not over"

With the Bundesliga already wrapped up, the Bayern players can put all their focus on the Champions League semi-final second leg, one they have to win.

For the Bayern Munich players and manager, Wednesday night's loss at home to Real Madrid is water under the bridge. The job now is putting every ounce of focus and effort into the return fixture at the Santiago Bernabéu on Tuesday.

Bayern have no distractions

The German league championship was, once again, clinched well before the end of their domestic season. The 2018 DFB-Pokal Final - Germany's cup competition - is a future objective as Jupp Heynckes men take to the field against Eintracht Frankfurt on May 19. Until that day, the only thing that matters is being prepared to turn around the 1-2 deficit at the home of the team that has won the last two Champions League titles. And one of their stars, Franck Ribéry, has made it clear that they have every intention of being a representative in the Kiev final against either Liverpool or AS Roma.

Taking to Twitter, the French winger confidently stated: "The battle is lost but the war is not over -- we will get our chances in Madrid!" The picture was an image from the first leg.

The battle is lost but the war is not over 👊🏼 we will get our chances in Madrid! #MiaSanMia #fr7👑 @FCBayern @ChampionsLeague pic.twitter.com/UQV9RIYeX3

Ribéry and his team endured a frustrating night in the Allianz Arena with defender Joshua Kimmich suggesting that the Bavarian side should have won 7-2. A thriller likely awaits us on Tuesday with so much at stake. 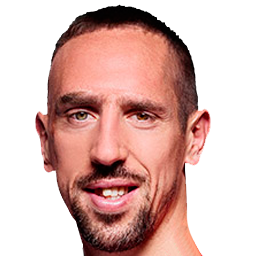 Ramos: "We've done nothing yet, we need to finish this at home"