Parejo: "Yes, I would pay 40 million for Gonçalo Guedes" 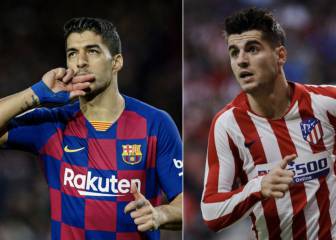 Luis Suárez agrees to Atlético move, Morata back to Juventus

Parejo: "Yes, I would pay 40 million for Gonçalo Guedes"

The Valencia captain attended the media this afternoon to preview Sunday's contra el Eibar when the team has the chance to mathematically secure 4th place.

Valencia captain Dani Parejo attended the media this afternoon to preview Sunday's game against Eibar when the team has the chance to mathematically secure 4th place. Valencia are on 66 points with four games left to play - two points and one place behind Real Madrid, who have a game in hand, and 10 points clear of Betis in fifth.

Valencia return to Europe almost in the bag

Eibar: “We have a tough, intense and competitive game in store on Sunday. Destiny has decided that we can book our place in next season's Champions League at home and in front of our fans... our games at Mestalla this season have been an enjoyable experience. That has been reflected out on the pitch where the team has shown confidence and we've stood up to every team we've faced… On Sunday, with the team and the fans as one, let's hope we can celebrate mathematically assuring our place in the Champions League”.

Marks out of 10 for the team this season: “The team's had a magnificent season. You could already see in the pre-season that it was going to work, we only lost one game last summer. For me, I'd give the team top marks. On an individual level, I'm happy too. I've reached another objective, which was being called up for the national team. It's turned out to be a great season for me”.

40 million euro price tag on Guedes?: “I'd be willing to play that for him although that's a question for someone else, not me”.

Criticism of Valverde at Barcelona: “I think he's had an excellent first season: he's won one trophy and he's close to winning another. Because of what happened against Roma, it might look like Barça haven't had a good season but I would be quite happy to win two trophies every season. For his first season at the club, I think he's having a great year”. 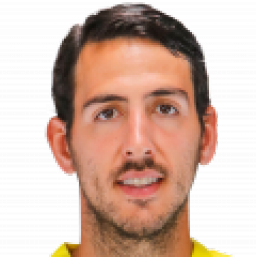