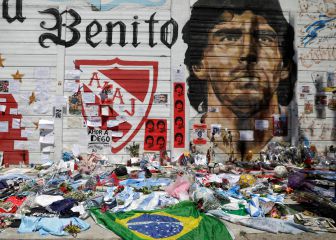 Javi Calleja's men lined up to pay tribute to Barça's LaLiga title triumph before the sides' rearranged league clash at the Camp Nou.

Real Madrid had refused rivals a guard of honour

Barça were confirmed as title winners after beating Deportivo La Coruña 10 days ago, but Real Madrid opted against paying tribute to their arch rivals' triumph before Sunday's Clásico.

This led the Blaugrana to organise their own pasillo after the fiery 2-2 draw.

However, Villarreal boss Javi Calleja had confirmed pre-match that the Submarino Amarillo would be marking Barcelona's 25th title win.

Not Villarreal's first guard of honour for Barcelona

This is not the first time the Castellón outfit have offered Barça a guard of honour, having done so after the Catalans returned victorious from the 2015 Club World Cup.

Dembélé at the double as Barcelona thrash Villarreal