Iniesta set for Japan move after Chongqing switch ruled out 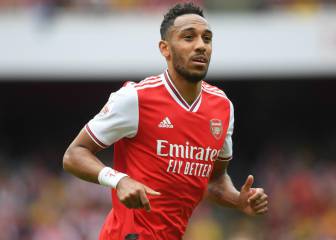 Iniesta set for Japan move after Chongqing switch ruled out

Cadena SER says an agreement is in place for Andrés Iniesta to join Vissel Kobe, who are owned by the founder of Barcelona's shirt sponsor.

Chinese club Chongqing Dangdai Lifan have announced that they will not be signing Barcelona legend Andrés Iniesta, who is now being tipped to go to Japan.

Midfielder Iniesta, 33, confirmed late last month that he is to leave LaLiga giants Barça at the end of the season.

Iniesta "will not join us as a player", say Chongqing

Chongqing's president, Gong Daxing, had appeared to indicate that a move for Iniesta was a done deal when he said recently: "His arrival will bring a major asset to the club, and be a boost to our brand."

However, the Chinese Super League side issued a three-point statement on Monday explaining that, although they are due to establish commercial links with the Spanish World Cup winner, he "will not join us as a player."

1. Regarding speculation over the arrival of Iniesta at Chongqing Dangdai Lifan, the club wishes to reiterate its insistence on investing rationally.

2. We will not contravene the [Chinese Football] Federation's policy on spending, or distort the market.

3. We will be engaging in a [commercial] partnership with Andrés Iniesta, but he will not join us as a player.

With a switch to Chongqing seemingly dead, it remains to be seen whether Iniesta will finally go to China, where he has other offers.

Late on Monday, Catalunya Ràdio reported that he is now in talks over a possible transfer to Japanese J1 League outfit Vissel Kobe, who are owned by Hiroshi Mikitani, the founder and CEO of Barça's current shirt sponsor Rakuten.

Indeed, Cadena SER has even claimed that an agreement is already in place, and that Iniesta this weekend put pen to paper on a three-year contract that will see him earn 25 million euros a season.

Update, Tuesday 8 May: China not giving up on Iniesta

Iniesta says goodbye: "Barça have given me everything"

This was Iniesta's Clásico: Ramos in tribute to Barça great