The Serie A side have pledged to ensure that the two-year-old child of the club's late captain is financially secure.

Fiorentina have announced that the club will set up a trust fund for the two-year-old daughter of former captain Davide Astori, who died of natural cuases in the team hotel on March 4 ahead of a game against Udinese.

In a statement issued on Saturday morning, Fiorentina said that the club had determined to found the Davide Astori Trust to ensure the financial stability of his daughter, Vittoria.

“The idea of the trust is to contribute to the economic security of little Vittoria and will be managed by the Astori family and her mother Francesca,” La Viola said in a message posted on the club’s official website.

“With this gesture we hope that we will display in the name of the team and the fans the love and respect we all hold towards Davide,” the statement continued.

The news was met with many messages of support and gratitude not just among Fiorentina fans but across the Italian media as a whole. 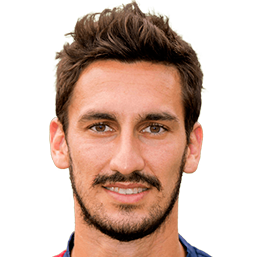