The Bundesliga mainstays tasted relegation for the first time in their history after Wolfsburg won on Saturday.

Former European champions Hamburg SV were relegated for the first time in the Bundesliga finale on Saturday, after VfL Wolfsburg beat Cologne 4-1, ending their record uninterrupted run in the top division since the league's creation in 1963.

The northern club, whose game against Borussia Moenchengladbach was interrupted due to crowd trouble in stoppage time, will join Cologne in the second division next season

Wolfsburg escaped into a relegation playoff thanks to their win against Cologne, whom Hamburg will join in the second division next season. 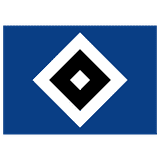