Manchester City's Belgian midfielder may have missed out on the Player of the Season awards to Mohamed Salah, but picked up the assists award after creating historic goal.

Much of the merit for Manchester City having broken so many records in the Premier League this year has to go to Kevin de Bruyne. And the Belgian has emerged as the true playmaker of Pep Guardiola's entertaining side with the player collecting the Premier League award for the most assists of the 2017/18 season. 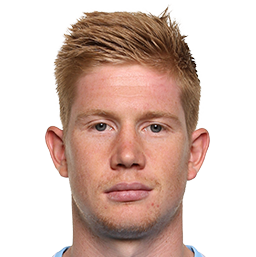 An assist 4 minutes into added time means that the incredible Kevin De Bruyne is the winner of the 1st @CadburyUK Playmaker award#PLAwards pic.twitter.com/odgxB7XcOT

Heading into the final day of the campaign, De Bruyne was tied with teammate Leroy Sané on 15 assists. City needed to win their match, away to relegation-avoiders, Southampton, to become the first team in Premier League history to reach 100 points. It didn't look like it would happen until Gabriel Jesús finished off in the dying seconds of the game, thanks once again to an assist from his Belgian colleague.

A happy De Bruyne shared his feelings on the club website after receiving the award for his 16 assists:

"I feel good, it means that I have done a good job, I am a creator and I try to create opportunities for my teammates. I get the assists and I look good."

Those assists are added to a respectable figure of 8 goals from midfield, a contribution therefore of 24 league goals to City's total. His season across all competitions has seen him score 12 goals and provide 21 assists in 52 games.

So impressive has de Bruyne been this campaign that many people had him nailed on for the various Player of the Season awards. These, however, went to Liverpool's own record breaker, Mohamed Salah.