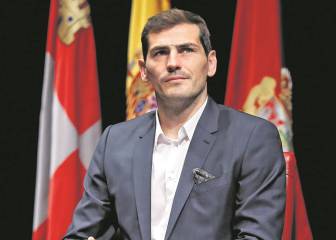 Mesut Ozil and Ilkay Gundogan have been accused by the DFB of going against Germany's football values by meeting Recep Tayyip Erdogan.

Germany's DFB soccer federation and several German politicians have criticised Mesut Ozil and Ilkay Gundogan for posing for a photo with Turkish President Tayyip Erdogan, whose policies have come under fire in Europe.

DFB President Reinhard Grindel said the federation respected the special situation of the players, Mesut Ozil and Ilkay Gundogan, who have Turkish roots, but said they had been used by Erdogan in his campaign for next month's elections in Turkey.

The pictures, taken in London on Sunday and published by Erdogan's ruling AK Party, show Ozil and Gundogan standing next to the president, all three beaming, and giving him shirts from their English clubs - Arsenal and Manchester City respectively. Gundogan's shirt had 'With respect for my president' written on it.

'Football and the DFB stand for values that are not sufficiently respected by Mr Erdogan,' the DFB's Grindel tweeted. 'Our players have not helped our integration work.' Erdogan is a keen soccer fan and as a young man played the game at a semi-professional level.

Relations between the European Union and Turkey have deteriorated over the past two years amid a crackdown by Erdogan's government on suspected supporters of a failed military coup in July 2016. Turkey has shut down media outlets, detained 160,000 people and sacked nearly the same number of public employees. It says the crackdown is needed for security reasons.

The pictures also drew criticism from German lawmakers from both left and right. Veteran Greens lawmaker Cem Ozdemir, with Turkish roots, described them as tasteless and embarrassing. 'Posing with the Turkish president is not exemplary behaviour and is not appropriate for German national players,' said Social Democrat deputy leader Ralf Stegner.

A commentary in top-selling Bild, which ran the photos on its front page, said: 'If you have a moral position, you don't laugh into the camera with Erdogan. The main question is whether the two German national players still fit into our German team. I say yes. They are political idiots. But football geniuses.'

Germany coach Joachim Loew names his provisional squad for the World Cup in Russia later on Tuesday. Gundogan later said he had not meant to make a political statement or get involved in an election campaign. Turkey holds presidential and parliamentary elections on June 24, after which a new constitutional system comes into force which hands the president much greater powers than before.

TFF Turkish Football Federation Vice President Servet Yardimci, a UEFA Executive Committee member, said Erdogan liked meeting soccer players but that Ozil and Gundogan were not part of the election campaign. 'We have to be fair, there is no intention whatsoever to get them involved,' he told a briefing in London on Monday. 'They are Turkish but are playing for German national team and I don't think it's fair to involve them.'