Casillas to continue with Porto for another year 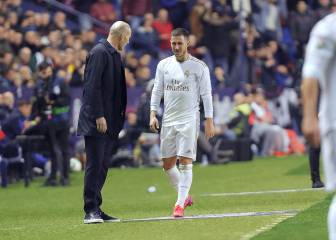 Casillas to continue with Porto for another year

The goalkeeper was all set to leave the club but reports in Portugal suggest he took a pay cut in order to continue at Porto for another year.

Porto have announced that Iker Casillas has renewed his contract for another year with the club despite announcing previously that he would be leaving the club at the end of the season. The former Real Madrid shot-stopper has been at the club since leaving the Spanish side in 2015 and has made 114 appearences during that time.

"Today is a very happy day for me!! I will continue for another year together with all of the Portistas. Without doubt, this is the perfect finish for a wonderful season. Thanks for all the support," he said on Twitter when he announced the news himself.

The Portuguese media have reported that the 36-year-old was forced to take a paycut in order to continue with the club. The agreement, which was reported by "Jornal de Noticias" and cited sources close to the club and player did not say how much the reduction in his salary was but said the Spaniard's salary was one of the main stalling points in negotiations.

The same publication report that Casillas' adaptation to Porto and his family's to life in Portugal along with the support of the fans were determining factors in his decision.