Bayern Munich and Austria full-back David Alaba is on Madrid's agenda, his father and agent told AS on Friday afternoon.

Bayern Munich defender David Alaba is on the agenda of Real Madrid, his father and agent told AS on Friday afternoon.

George Alaba: "We'll see what happens in the summer"

“Everyone knows that Real Madrid are really interested in David, but we can’t say anything right now,” George Alaba said.

“We’ll see what happens in the summer,” he added. “Now isn’t the moment to discuss who is interested in him. Everyone already knows of Madrid’s interest, it’s no secret. But right now there’s nothing to say. He has to wait and see at the end of the season.”

David Alaba, 25, still has three years on his contract at Bayern Munich. Although predominantly a left-back, the versatile Austria international is comfortable in the centre of defence and midfield. 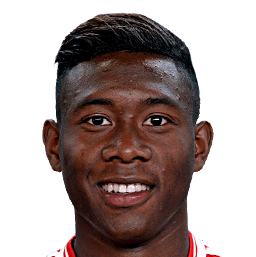