Back with a bang

Freiburg's Turkish central defender chatted to AS about the possibility of joining Diego Simeone's team.

It's been a productive two years for Freiburg's young centre-back Çağlar Söyüncü who has gained priceless experience in Bundesliga - experience which he will doubtless need to draw on if Atlético de Madrid are successful in their plan to bring him to Spain this summer. “I've had two fantastic years, I've improved as a player - but of course I've still got a lot more improving to do", Söyüncü told AS this week. "We'll be discussing matters with the coach and with the club before making a desicion about my future. I hope we can reach an agreement which is suitable for everyone.”

Söyüncü did give some hints as to where he would like to end up: “The important thing for me is to be in a team where I am gaining regular playing time. I'm a defender, and if I'm not first choice  it's hard to maintain the rhythm needed to play in every game. I have to wait a little longer. The Premier League is a really good competition, people close to me tell me that my style of play would suit the Premier League. I don't really mind. I'll do what I need to do to play regularly.”

The Turkey international admitted that he does follow the Spanish league: “I watch quite a few matches in LaLiga. I have friends playing in Spain - Emre Çolak, Enes Ünal, Emre Mor... They tell me that the Spanish league is fantastic. Atlético Madrid have a very strong side and they are a very organized club. Atlético always aim high and set important objectives. I watched them closely in the Europa League final. Atlético played a perfect game, they deserved to win the trophy. It's very difficult for a player to choose where to play. If I do end up going to Spain, it will be a very different experience for me.”

Atleti's Director of Sport Andrea Berta is in contact with Çağlar Söyüncü's agents and the Rojiblancos could table an offer next month. Meanwhile, Simeone did ask Mircea Lucescu about Söyüncü when theTurkey coach was in Madrid on business last month. Lucescu told El Cholo all about the young central defender's characteristics and qualities. Freiburg would be looking for a fee of around 25-30 million euros for Söyüncü who is under contract with the German side until 2021. Arsenal are leading the pack of clubs who are interested in signing him -  Borussia Dortmund, Monaco and Napoli have also been tracking him. 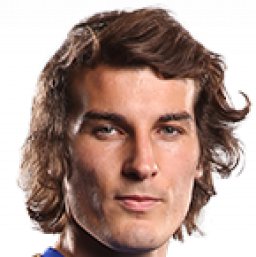 Umtiti: "Griezmann would help us a lot at Barça"