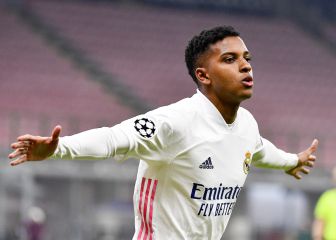 They say that the Real Madrid forward's comments after Saturday's Champions League final were simply made in the heat of the moment.

Cristiano Ronaldo's remarks straight after Real Madrid's Champions League final win over Liverpool in Kiev have surprised even his own camp, who say that the forward's words, which seemed to cast doubt over his future at the club, were simply made in the heat of the moment.

They expect him to be wearing the white shirt next term, and have sought to play down his comments - which he himself appeared to backtrack on during Real's trophy celebrations on Sunday, telling fans: "See you next year." What's more, they are unaware of any plans for the 33-year-old to publicly clarify his future, despite him saying in his post-match interview that he would "speak in the next few days".

Real and Cristiano had agreed to discuss new deal in summer

In April, the LaLiga giants informed him of their intention to improve his contract and, in the process, fulfil the promise of a pay rise made by the club's president, Florentino Pérez, after the 2017 Champions League final. Cristiano had previously gone as far as to tell several of his team-mates that he would not be at Real next season, but after that initial contact between Los Blancos' general manager, José Ángel Sánchez, and the footballer's agent, Jorge Mendes, it seemed he had abandoned any thoughts of departing the Bernabéu.

Sánchez and Mendes did not immediately discuss figures; rather, the aim was to give Cristiano peace of mind ahead of the business end of the season, with the player safe in the knowledge that his 22-million-euro salary would be increased to bring him within the same wage bracket as Neymar, whose Paris Saint-Germain deal nets him 37 million euros a year after tax. Indeed, Cristiano's advisers let it be known that he felt positive about the moves made by the club over his contract. The plan was for talks to resume once Real's Champions League campaign was over.

The former Sporting CP and Manchester United man's post-match words on Saturday were not in the script, and offered renewed evidence of the tensions that have existed between the player and the club's hierarchy.

Origins of Cristiano unhappiness are in Pérez broken promise

Cristiano's unhappiness over his contract stems from Pérez's promise 12 months ago, which the Real chief later rowed back on. During the Club World Cup in December, Sánchez held a meeting with Cristiano in which the club director sought to quell the star's grievances over the situation by proposing new, incentivised terms which included a nine-million-euro raise contingent on the team winning trophies (the Champions League, LaLiga...) and the player claming individual awards (the Ballon d'Or, Fifa's The Best Player prize...).

The offer was rejected by Cristiano, who felt it showed no respect for what he has achieved at Real Madrid since joining in 2009. To make matters worse, on the night of that month's Ballon d'Or gala in Paris - in which Cristiano was confirmed as winner of the accolade for the fifth time in his career - Pérez had publicly waxed lyrical about Neymar. An unimpressed Ronaldo felt that the president's open flirtation with the Brazilian in the French capital had been inappropriate.

Club and squad baffled by timing of Cristiano's comments