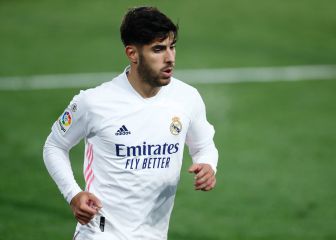 Newspapers Al-Masry al Youm and Al-Watan were the most critical with Real Madrid's captain, who they say "intentionally took Salah out of the game".

The Egyptian press described Sergio Ramos as "a butcher" (gazar in arabic) after the Real Madrid captain injured Liverpool star Mohamed Salah early on in last night's Champions League final in Kiev. It appears that Ramos' actions have not earned him many friends in Egypt.

Salah hauled down by Ramos

On their front cover this morning, Al-Masry al-Youm published a photograph Salah writhing in pain on the pitch with the headline: "A night on which Egyptians cried - Ramos, the butcher, dislocated Abu Salah's shoulder". Elsewhere, state-owned newspaper Al-Ahram spoke of: "The collective feeling of relief on the streets of Egypt on hearing the medical update on Salah" who is optimistic about recovering in time to be at next month's World Cup finals in Russia.

One newspaper which was the most damning of Ramos' contentious tug on the Liverpool ace was Al-Watan whose headline ran: "Let God be the judge with Ramos", and continued, "he intentionally struck Momo (Salah) to take him out of the game". Al-Watan add that Liverpool's medical services assure that Salah will need three weeks to recover from his shoulder injury, which he means he will just make the World Cup.

Ramos gets physical with Salah

Salah, who broke the Premier League all-time goals record this season and hit 44 goals in all competitions for Liverpool, was dragged to the ground on 25 minutes by Sergio Ramos who had locked arms with his opponent as the two challenged for a 50-50 ball.

Club medical staff spent two minutes attending to Salah out on the pitch but just one minute after play had resumed the Liverpool player fell to the floor clutching his shoulder following a corner kick. He left the field on the half hour in tears.

Salah, the best player in the English top flight this season is an idol in Egypt and Liverpool - and more so after he scored the decisive goal which booked the national team's place at 2018 Russia.