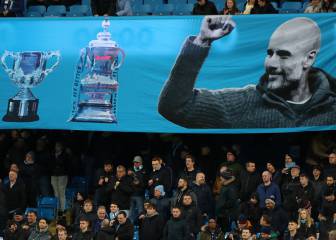 Big spenders City have forked out €776m during 'Pep era'

Atlético are looking for a creative midfielder for next season, and Di María, who has long been linked with the Madrid club, has privately declared his desire to play under Diego Simeone.

Simeone is looking to sign a creative attacking midfielder, and Di Maria, someone whom the Atlético coach has always admired, would fit the profile well.

Di Maria, who played 45 games for PSG last season, scoring 21 goals, has been
linked with Atletico for some time, although nobody at the Madrid club has
admitted real interest in the Argentinean international.

Di Maria can still play at the highest level

At 30 years old, the PSG man could be looking at the last major transfer of his
career, but he is still recognised as a very competitive player that can play at
the highest level, which is why he is part of the Argentinean side heading to the
World Cup in Russia next month.

Were Di Maria to sign for Los Rojiblancos, it could call into question the future of Vitolo, whose performances dipped last season. The Spanish attacking midfielder did finish last season's campaign well, but it is clear that much more is expected from him by Diego Simeone.