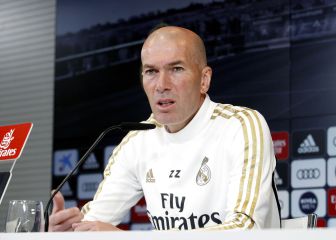 Timothy Weah scored his first international goal as the USA beat Bolivia 3-0 in Philadelphia on Monday.

Timothy Weah, son of the former AC Milan, AS Monaco and Paris Saint-Germain star George, scored his first goal for the United States in Monday’s 3-0 victory over Bolivia at Philadelphia’s Talen Energy Stadium.

His goal, the third of the night for the Stars and Stripes, came in the 59th minute, having drifted into the area unmarked between two Bolivian defenders.

Weah, 18, who was born in New York, signed a three-year professional contract with PSG on 3 July 2017, having already featured in three games.

His father George is now the president of Liberia.

Hope in the youngsters

The United States failed to qualify for this summer's World Cup - the first time they have missed out on the finals since 1986 - but a new generation of footballers is bringing some hope to the national side.

Against Bolivia - who also failed to reach the tournament in Russia - the North Americans were headlined by Borussia Dortmund star Christian Pulisic, along with a line-up that included eight starters aged 24 or younger.

From the outset, USA dominated the game, making the breakthrough eight minutes before half-time as centre-back Walker Zimmerman headed the ball into the net from a Joe Corona corner.

Get in, @thewalkerzim! 🇺🇸 25-year-old rises up for his first #USMNT goal! pic.twitter.com/pvmdIk5AdG

Josh Sargent - who made his international debut - doubled the lead seven minutes into the second half, taking advantage of a goalkeeping error from Carlos Lampe.

Something out of nothing! Allow @joshsargent to introduce himself! 😲 pic.twitter.com/tR9jO6gYgq

Approaching the hour mark, Weah scored the third, side-footing past Lampe inside the six-yard box.

He became the fourth-youngest American to score an international goal.