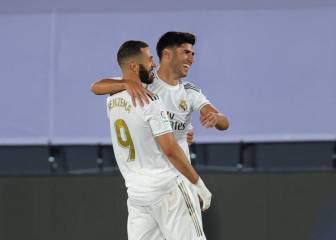 Two wins from the title

Schalke’s Moroccan offensive midfielder Amine Harit, who will play the World Cup in Russia, has been named the German Bundesliga Rookie of the 2017/18 season.

The 20-year-old France-born Harit made 31 appearances in the Bundesliga after joining Schalke from Nantes last summer, scoring three goals and delivering six assists.

He won the award ahead of other seven candidates, including Hamburger SV’s Tatsuya Ito, Frankfurt’s Sébastian Haller and Borussia Dortmund’s Dan-Axel Zagadou.

Nominees for the Rookie Award are footballers who at the start of the season were no older than 23 and had not yet played a Bundesliga match.

Voting over, the results are in 🗳️

Your #BLRookie of the season presented by @TAGHeuer is @s04_en's Amine Harit! 👊

Harit’s brilliant performances helped his side earn a Uefa Champions League ticket, as Schalke 04 finished second in the Bundesliga table.

After being named Rookie of the Year, the young Morocco international posted a celebratory message on his Twitter account.

‘Proud and happy to be the rookie of the year. Thank you to everyone and to the Schalke 04 family,’ the youngster wrote.

Proud and happy to be the Rookie of year thanks to everyone and to @s04 family 🤞🏼🔥 #WorkHard pic.twitter.com/VOi9ZVnJlH

Harit won the European Under-19 Championship with France in 2016, however, in September 2017, he decided to switch his allegiance to Morocco.

He made his international debut for the Atlas Lions against Gabon in a 2018 World Cup qualifier in October 2017 and has since gathered two more caps and is in Morocco’s final squad for the competition in Russia.