According to La Gazzetta dello Sport, Roma sporting director Monchi met Mino Raiola in Monte Carlo to tie up a deal for the Netherlands forward.

In-demand Ajax forward Justin Kluivert is close to agreeing a deal to join Serie A side Roma, according to a report in La Gazzetta dello Sport.

The Italian daily states that Roma sporting director Monchi held a meeting with Kluivert’s agent Mino Raiola in Monte Carlo to hammer out a deal for the 19-year-old Netherlands international, who has been linked with a summer move to several of Europe’s powerhouse clubs including Barcelona, where his father Patrick enjoyed a successful six-season spell.

Inter Milan have also been credited with serious interest in Kluivert but it appears that Roma, who are moving quickly in the transfer market to rejuvenate their squad with Ante Coric arriving from Dinamo Zagreb earlier this week for a fee of around six million euros.

It will take considerably more than that to get Ajax to the negotiating table and that is Monchi’s next task. With a deal in principle agreed with Raiola it now remains to be seen how much will tempt Ajax into parting with one of their star players. However, Kluivert has rejected offers of an improved contract and will be a free agent in June 2019, with a fee of around 30-35 million euros mentioned by La Gazzetta.

Kluivert shot to fame during the 2017-18 season after coming through the ranks at the Eredivisie club with 10 goals and five assists in 30 appearances for the side. 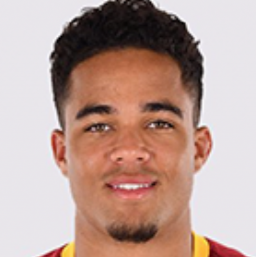