AS sources confirm that there is interest in the Spanish midfielder and his new contract has a release clause that would allow the player to return to his homeland.

We are expecting another summer move for the 24-year-old Suso, a player that in 2017 was catching the eye of several of Europe's biggest clubs including the likes of Inter and Tottenham. Following some impressive performances in Serie A for Milan, we can confirm the story originally broken by El Larguero (Cadena SER) that the player's agent has been contacted by Atlético Madrid. 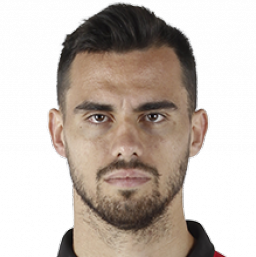 The Andalusian's campaign in Italy has not gone unnoticed by the team that finished second in LaLiga and a move is looking more and more likely. Suso's creativity has seen him lead in assists (14) and was the fourth top scorer (8) as part of the new Milan which invested heavily with the desire to return to challenge at the top of Serie A. The former Liverpool player saw a debut for Lopetegui's Spain side handed to him as a reward on 14 November.

Suso has welcomed Atlético's approach, both for the success that Simeone has achieved in recent years and also as a possible route to return to his homeland. He does, however, have offers from other leagues.

The Spaniard's exit is conditioned, above all, by two aspects: financial fair play and a release clause. The first issue is of vital importance, as at all levels within AC Milan there is a fear of Uefa sanctions that could prevent Gattuso's team from playing in next season's Europa League. The second points at the contract extension Suso signed in September 2017: theoretically keeping him at the club until 2022, but with a release clause of 40 million euros included. That 'price of freedom' did not exist before then and should be well within the constraints of the Madrid club.