Fekir arrival at Liverpool will pave the way for Salah departure

L'Equipe report that Lyon and Liverpool have reached an agreement for the striker, although the French club has since denied this.

Lyon striker Nabil Fakir will be a Liverpool player in the very near future, according to L'Equipe. The two clubs have agreed a transfer fee of 65 million euros plus 7 million in add-ons. And Liverpool's signing of the striker, who will undergo a medical this Friday in Liverpool before the move is officially announced, could be absolutely key to the summer transfer market. 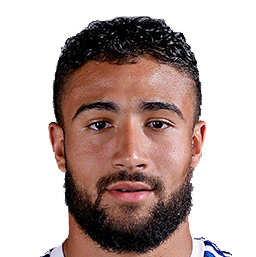 Fekir and Salah: together or apart?

The arrival of Fekir at Liverpool could be a strategic signing by Klopp, to cover the possibility that star striker Salah leaves Anfield this summer. The Egyptian player has been one of the stand-out players of the season, and is being widely discussed as a possible signing for Europe's elite, particularly Real Madrid and Barcelona, with contact having been made between members of the player's camp and the Catalan club.

Following the French paper's report, the Ligue 1 club posted a denial on Twitter:

"The information on the transfer of Nabil Fekir is false.

Olympique Lyonnais categorically deny the false information disseminated by many media about the transfer of Nabil Fekir to Liverpool club."