Germany vs Saudi Arabia: as it happened, match report

A lacklustre second half performance will not have pleased Joachim Low as Germany narrowly overcame Saudi Arabia despite a bright opening.

There was no repeat of the 8-0 scoreline the last time these two sides met in Sapporo in 2002 and indeed the 'Green Falcons' could have snatched a last minute equaliser which would have flattered somewhat given the overall run of play over the 90 minutes of action.

Juan Antonio Pizzi will however be the happier of the two managers. His side rode their luck faced with a torrent of early dominance from the world champions and in the second half especially would have been pleased as his side moved the ball around with zest and purpose.

Germany started with an electrifying pace and could have been three up after twenty minutes. Constant changes in the second half interrupted the flow of the game and it became apparent that Germany lowered the intensity levels with Gundogan, Brandt among the six changes made by Joachim Low.

Next up for Germany is their Russia 2018 opener as they face Mexico at the Luzniki stadium. Four days earlier Saudi Arabia face Russia in the inaugural game of the competition and any fans of Sbornaya will not have enjoyed what they saw in Leverkusen tonight.

Thats it .... all over in Leverkusen as Germany win 2-1 ...far from convincing in the second half from Die Mannscahft

The Saudis almost make it 2-2 as Germany switch off

89'   Into the last minute we go .... Germany have been on 50% gas in this second half it has to be said but Saudi Arabia have shown that they can play !

86' Change for Saudi Arabia: No. 9 Bahbri on Al Dawsri off

83' Al Shehri misses, the ball robounds to Al-Jassim and he makes no mistake from close range.... Gol Gol Gol

83'   Considerably better scoreline for the Saudi Arabian side tonight compared to the last meeting between both sides ...

80' Ginter on / Kimmich off for Germany

75'   Brandt goes close for Germany ....catches the ball on the half volley and the ball goes inches wide

Al Mogahwi the player on

Otayf  off for Saudi Arabia

Muller off and Brandt on

72'   Muller breaks...shoots but Al Muaiouf (who has impressed) saves well

70'   Dangerous free kick awarded to Germany .... Kroos over the ball....Draxler fancies it too....The PSG man shoots and the ball is aimed sirectly at the keeper

67'   Al Shehri tries his luck but his half volley fails to come down ... Saudi Arabia acquitting themselves admirably in the 2nd half

64'   Little from Gundogan since his introduction to the action.... unlikely to be a starter in Moscow on Sunday week ...

Mario Gomez on Werner the player who makes way

62' Saudi Arabia enjoying their best spell of the game

If anything it's Russia who will be the side anxiously watching the action from Leverkusen unfold.

58'   One has to remember Saudi Arabai are playing the No 1 ranked side in the world and one of the favourites to lift the World Cup. In Group A they will find no opponent as complicated as the Germans !

Gundogan comes on for Reus

53'   Delightful play from Germany all starting with a Zidane-esque rouletter from Hector. The ball finds Kimmich but once again his cross is overhit and goes out for a goal kick

47'   Kimmich almost steers the ball into the danger zone and Germany win a corner from the interception....

Sule on for Boateng / Ter Stegen on for Neuer

Teams taking to the field ahead of the second half....

HT in Leverkusen: 2-0 for Germany at the break .... comfortable for the world champions

41'  Al-Dawsari again ...this time with a right footed shot which goes high and wide

38'   Great counter from Saudi Arabia as Al-Dawsari drives forward with the ball and feeds Fahad who fails to get his shot on target. Pizzi's side do look dangerous on the break.

30'   Another offside as Khedira once again is the perpetrator.... poor marking from Pizzi's men.

28'   Kimmich crosses and the ball almost surprises us all and almost goes in ....Nothing resembling a chance on goal for the visitors yet ...

Big cheer from the fans every time Manuel Neuer comes into contact with the ball. 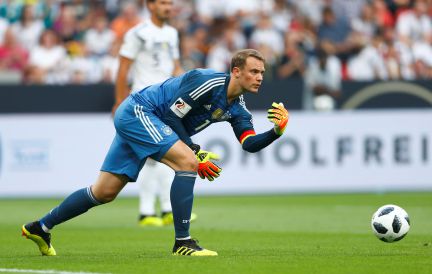 25' The ball is in the net but Khedira (correctly) ruled offside.

22'   A Mexican wave breaks out at the Bay Arena ....the fans enjoying what Die Mannschaft are serving up this evening....

Both sides set to open their respective World Cup campaigns at Moscow's Luzniki Stadium. Saudi Arabia face Russia on June 14 in the opening game with Germany facing Mexico on Sunday 17th at 1700 CEST.

19'   Pace has just dropped in the action as Germany still dominate the action...

14'    Khedira has a pop from long range managing to get enugh "whip" on the ball which just fizzes wide of the post. Germany are on fire here tonight!

13' Al-Jassim tries a long range speculative effort but no problem for Neuer....

12' Reus rifles one off the post...Germany rampant here with the Saudis offering little by way of reply....

9'   Fine finish from Werner firing the ball in off the roof of the bar following great build-up play from the men in white.

6'   Ball breaks for Fahad but fails to come down to the former Levante player as Germany win a corner at the opposing end of the ground. Pressure from Germany as Werner wriggles in the area and finds his shot blocked.

5' Germany looking very comfortable in the early stage of the action.

3' Kroos over the ball as Germany win a free kick ....The trusty right foot delivers a pin point cross but the linesman has his flag up....

Decent crowd in the Bay Arena to see the German side off. A scattering of empty seats but an almost full house.

Last time both sides met in 2002 Germay ran out 8-0 winers with a triple from Miroslav Klose.

The teams are on the Bay Arena pitch and it's national anthem time....

So just what do we think Kevin Trapp is listening to ? 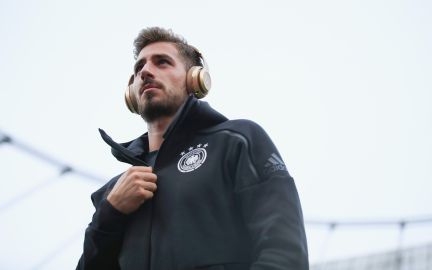 ...and we finally have the definitive starting XI for the Green Falcons...

Al-Muwallad set to lead the line for the Saudi's tonight. The striker was one of the 9 Saudi players to form part of an "experiment" between the local federation and LaLiga with the striker playing a total of 19 minutes for Levante. 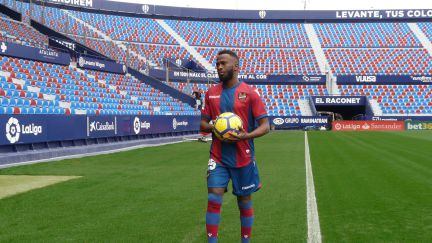 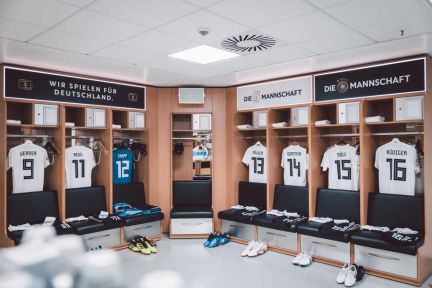 Saudi Arabia set to wear their green away shirt tonight in Leverkusen. Have a browse at our gallery of all 32 away kits that will be sported this summer in Russia. 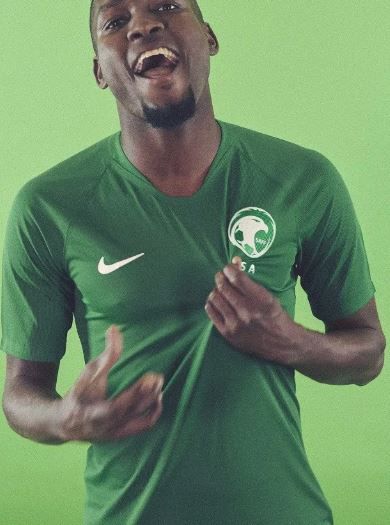 Hello and welcome to our live coverage from Leverkusen as Germany face Saudi Arabia in what will be both nations last friendly game ahead of the start of Russia 2018. Kick off at the Bay Arena is at 1930 CEST.

The clock is ticking down to Thursday June 14 when, at 1700 CEST the action gets underway with Russia and Saudi Arabia opening the greatest event in global football with Game 1 of the 2018 Russia World Cup at Moscow's Luzniki Stadium.

Juan Antonio Pizzi will see his 'Green Falcons' in action again in Leverkusen with a stern test against the current world champions ideal preparation for the Asian side to test themselves against the best in the world. The last time both sides faced each other was back in the 2002 World Cup where Germany recorded a resounding 8-0 win with Miroslav Klose bagging a hat-trick.

Joachim Low will be anxious to use the game to banish the question marks that defeat to Austria have prompted and "Die Mannschaft" will be without play-maker Ozil after the Arsenal midfielder sustained a knee injury in a importunarte clash during the Austria game.