Midfielder N'Golo Kanté has been linked with a move to the Bernabeu, but the Frenchman is reportedly also a prime target for PSG and several Italian clubs.

Transfer rumors in the British media linking Premier League players to Real Madrid continue. And this time it is Chelsea’s N’Golo Kanté, who reportedly is a target for ‘Los Blancos’.

Real Madrid’s interest could be explained by the possibility of Toni Kroos and Casemiro accepting one of the offers that have come their way to leave the Bernabeu this summer. Kanté, who has been one of the pillars of the Chelsea team, would be an ideal reinforcement to come in to the Real midfield lineup that has been so important to their Champions league successes.

Chelsea manager Antonio Conte could be leaving Stamford Bridge this summer, and has been one of the names linked to the vacant Real Madrid job. If Florentino Perez were to choose the Italian coach as Zidane’s replacement, Kanté’s move to the Bernabeu could become all the more likely.

Real Madrid, however, would have competition for his signature. It is understood that PSG also want to sign the French international, so too do several Italian clubs. What is clear is that now could be the right moment for the 27-year-old to search for a new challenge outside of England. 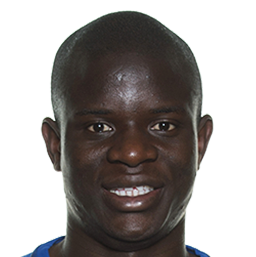 Oblak and Courtois most likely options for Real Madrid