John Obi Mikel has led calls for Zlatko Dalic to field a strong side in the final round of group games with the Super Eagles playing catch-up against Argentina.

John Obi Mikel has called upon Croatia to exercise sportsmanship in their final group game at the World Cup with Nigeria playing for a place in the last 16 against Argentina on Tuesday.

The Super Eagles will qualify if they beat the 2014 runners-up and could also go through if Croatia are not beaten by Iceland by a two-goal margin. However, with Croatia already qualified for the knock-out stages and needing only a point against Iceland to secure top spot in Group D, Zlatko Dalic has announced his intention to rest a number of key players to ensure no suspensions are incurred before the round of 16.

"I don't think it's the best thing to do," Mikel said in an interview with Goal. "This is a massive tournament - you can't rest people and give others a chance of qualification.

"They should be professional and play their best team. This is such a big stage that you can't rest players just to help other teams to qualify."

However, Mikel’s plea drew sharp criticism from former Spain coach Javier Clemente, who reminded the Nigeria captain that the Super Eagles did exactly the same thing in 1998 to the detriment of La Roja, who exited in the group stage despite beating Bulgaria 6-1 in their final game after Nigeria, who had already qualified, fielded a weakened team against Paraguay and lost 3-1, a result that saw them safely through in second with Spain finishing a point behind in third.

“What goes around comes around,” Clemente, who led La Roja in France, said on social media. “Obi Mikel has asked Croatia for sportsmanship and to play their starting XI. In 1998 Nigeria played their reserves against Paraguay and lost, sending Spain home. It seems that sportsmanship wasn’t so important that day.” 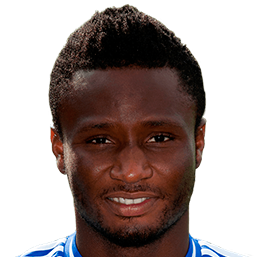