Carlos Queiroz takes a pop at Cristiano and Quaresma

The Portuguese coach told 'Público' that he thought it was poor form that Cristiano didn't come over to shake hands after the game and replied to Quaresma's accusations.

Carlos Queiroz granted an interview to Portuguese daily Público following Monday's final group game in which Iran bowed out of the World Cup after their 1-1 draw against Portugal. The 65-year-old admitted being dismayed by the attitudes shown by two Portugal internationals who were once pupils of his - Ricardo Quaresma and Cristiano Ronaldo.

Queiroz said he couldn't help but feel annoyed that Cristiano, who he has known since his days as Sir Alex Ferguson's assistant coach at Manchester United and later as Portugal coach, ignored him after Monday's game: "I can't understand someone who can't be bothered to come over and greet a coach who spent 12 years working for the Portuguese football federation. During my time there, I won European and world titles, brought new ideas and restructured the team. The history of the Portuguese football federation didn't start on the island of Madeira with Cristiano Ronaldo. It started well before then. And those are not the values which I was taught by people like José Augusto, Simóes, Eusébio, Humberto Coelho... I am not saying that the values which modern day players have are bad, just that they are not the same as the values I and many other people hold. Some people who tried to destroy my personal life and professional career are now facing prison sentences, in jail or well on their way to ending up there".

It's worth remembering that after Portugal were eliminated from the 2010 World Cup, Cristiano insinuated that the coach was to blame for the team's failure to progress: "Ask Carlos (Queiroz)" the player replied when asked why Portugal had crashed out. Since then, Queiroz has always voted for Messi, not Cristiano, in the Ballon d'Or.

After Iran's meeting with Portugal, Quaresma complained about Queiroz's behaviour during the game. "I was irritated by the way Iran's coach behaved. Being Portuguese, he should show more respect towards the Portuguese", the Besiktas player said. Queiroz took advantage of his interview with Público to reply: "As a fellow countryman, I'd prefer not to say too much about what Quaresma said. He plays for my country too. But he might find that other coaches who have worked with him will be happy to talk about him - from Sporting Clube to Porto... Let's leave it at that. If he has to say something about me, be brave and say it. To say that I don't respect Portuguese players... How can I not respect them? I am Portuguese. But despite all of that, I feel happy because three Portugal players: Adrien Silva, Bruno Alves and Beto did come over to greet me after the game". 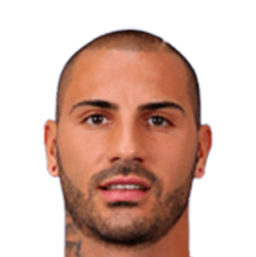 "Maybe the ref didn't send Cristiano off because of who he is..."

Messi: "I knew God was with us and wouldn't leave us knocked out"