Atlético sounding out Roma's Florenzi over move to LaLiga

Diego Simeone is expected to let Sime Vrsaljko leave this summer and although Djibril Sidibé is on the agenda the versatile Italy international is another target.

Atlético Madrid are continuing to comb the market for full backs in search of a back-up for Filipe Luis and a potential replacement on the other side for Sime Vrsaljko, who is expected to leave the Metropolitano this summer.

Lucas Hernández did a good job of filling in for the Brazilian last season while he recovered from a broken shin bone but as a natural central defender Simeone is eager to find some natural cover on the left, with Celtic’s Kieran Tierney a possibility on that flank.

On the right, if Vrsaljko departs, Atlético are eager to add Monaco defender Djibril Sibidé and have made an offer of 18 million euros that the Ligue 1 club have yet to respond to. If that bid fails, Simeone is lining up a move for Roma and Italy’s Alessandro Florenzi, who can also play in midfield.

According to Corriere dello Sport, Florenzi is in negotiations over a new contract with his current deal set to expire next summer. However, Roma are only willing to offer Florenzi 2.7 million euros per season with Atlético and Inter hovering with more succulent deals worth four million a year.

Florenzi, who has made 224 appearances for Roma and earned 28 Italy caps, initially started out at the Stadio Olimpico as a midfielder before making the left-back berth his own. He is valued at around 30 million euros but Atlético will be hopeful of lowering that figure as he is out of contract next summer. Vrsaljko has been attracting interest from Serie A and could be offered as part of a deal to bring Florenzi to the Metropolitano. 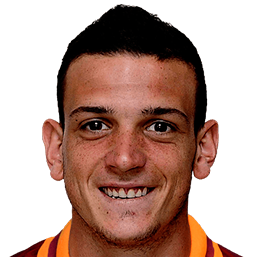 Atlético mulling a move for Celtic left back Kieran Tierney